Anti Aging Mind Action Plan In Your Senior Years–For most people, by the time they reach their senior years they've accomplished quite a bit in their lives. They had a family, achieved educational goals, had a career and reached other life goals they set for themselves.

At this stage, retirement is on the plan and senior citizens look forward to relaxing without having to worry about working. While it sounds great, there’s a downside to the golden years of life after a life of career and working for goals.

For many people, when you stop having a routine like being present at work every day and interact with others, it can set in motion the beginning of further age related brain decline.

At this time of life most people simply don’t exercise their brains regularly the way that they once did. Partly it's because of slowing down in your activities. After retirement you might spend more time alone doing activities that only involve yourself most of the time.

What Are The Reasons For Mental Decline?

One of the main reasons that people experience a decline in brain function at this stage of life is due to the lessening of social interactions. You're not longer as active as before and you're not meeting people face to face as much.

If you move to a new state after you retire, you leave behind the connections that you had made. This change can cause some people to withdraw. Most people do not realize that your brain volume begins to diminish in your senior years.

Once this process begins, the areas of your brain that are crucial for cognitive function are at high risk. You can regularly check yourself in this area by watching if you’ve noticed some signs of cognitive slow down.

What Are The Symptoms Of Brain Decline?

The symptoms can be such as an inability to handle mental tasks that are complicated. It's also possible that you'll notice you’re starting to struggle with the ability to concentrate.

At this point your memory can become spotty. You no longer retain things as easily as you once did. And you can’t remember information you know that you have. Details about places or events or the names of people become harder to recall.

As long as you keep yourself actively social, brain function decline is staved off because you’re exercising your brain. Studies have shown that a lack of social interaction when coupled with ageing can cause brain function to decline.

The reason is due to the feelings associated with less social interaction. Thus psychological changes will take place when you are not able to get the healthy social connections that your brain needs.

Some Of The Signs

This might be manifested in certain physical signs such as the sudden development of insomnia. Or you might see your normal body functions change, such as a higher than normal blood pressure readings.

Whenever you experience a lack of social interaction it can cause you to feel more stressed out than normal. This feeling is due to a higher release of cortisol in your body.

This is the initial step, in a chain reaction, that will lead to a weaker immune system. And you can also experience emotions such as anxiety and depression. These kind of emotions can impact the brain function which will result in a decline in your memory and ability to focus.

What To Do To Prevent Brain Decline?

To slow down brain function decline at this age, you need to make sure you have regular  intervals of social interaction. For example, you can schedule to meet up with friends once or twice a week to play some board games together, or just hang out.

If you’ve relocated, you can do volunteer work to get the social interaction you need at the same time giving back. By being socially connected, you can slow down the signs of mental decline and retain brain function longer.

This site uses Akismet to reduce spam. Learn how your comment data is processed. 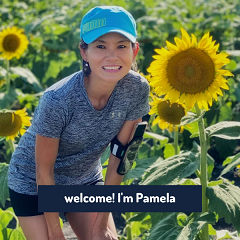 Hi, I’m Pamela from IamLeanAndStrong.com. I'm always interested in stayig healthy and strong. I would love to share with you my passion for staying healthy.